on January 03, 2018
Hey chicks! I had another post planned for today, but the issue that arose yesterday reared its ugly head has made me so upset and outraged. I had to do a post on it as I feel so let-down and upset.

For those of you who don't know what happened, I'm not gong to go into details, but a popular YouTuber named Logan Paul filmed a video where he showed a person who had just committed suicide. If you want to find out more, then you can do so at your own risk.

First things first, I am shocked and disgusted that anyone would use something like suicide as a way to "be controversial" or whatever it was that he was aiming to do. I fail to understand how you could film someone in such a vulnerable state and pass it off as "mental health awareness". That is not mental health awareness.

My little sister was a massive fan of Logan Paul, she loved him and so did all her friends. His demographic is mainly teens and tweens, so when I heard about this, I started worrying about Emily. Had she seen this? If she had, was she okay? If she hadn't, would she end up seeing it? What would her friends say? What would Emily's reaction to this be? As I thought, she had seen it. At first she thought it couldn't be real. He wouldn't do that, would he? And then upon learning it was real, she burst into tears. Nothing breaks my heart more than seeing her cry, and I am so saddened that Logan Paul didn't for a second consider his fanbase of impressionable young teenagers.

I am not only upset for Emily. My heart goes out to the family of the person who committed suicide. I am so sorry for them, not only for losing someone they love, but also for having a masochistic pig use their loved one as a way to further his own agenda. It disgusts me how much power and influence Logan Paul has, and how he's gotten away with such a heinous act. No repercussions from YouTube whatsoever. Logan Paul is a horrible, sickening human being and deserves to have his channel completely removed.

I didn't want to relate this to my own experiences, but I have been affected by suicide, and I have seen firsthand how it affects everyone around you. It's absolutely heartbreaking to go through the loss of a loved one, but to have that loss broadcast to millions of people? That is deplorable behaviour and I can't even begin to convey how upset and hurt I am, and I sincerely hope that action is taken against Logan Paul.

If you click here, you'll be directed to a petition to get Logan Paul's channel removed, and this link will lead you to a list of suicide hotlines around the world. If you just need someone to chat to, I am always here to listen and you can contact me on Twitter.

I hope you all have a wonderful day today! 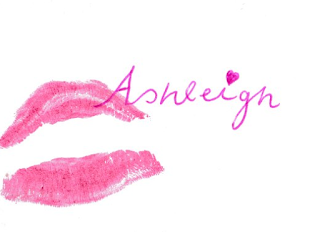