on February 21, 2018
I have seen a load of conspiracy theories that have turned out to be 100% true. Today I'm going to discuss three conspiracy theories that people thought seemed off, and were then shown to have another motive. These were all committed in America by government agencies, which is madness to think that the government would try to get away with something so blatantly wrong. 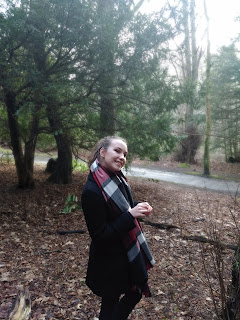 The first true conspiracy theory I'm going to be discussing is Operation Northwoods. This is actually quite popular, and relates to my post about JFK. Operation Northwoods was a proposed operation by the CIA to commit acts of terrorism against Americans and blame it on Cuba and Fidel Castro. (At this point, Communists led by Fidel Castro had taken over Cuba and the U.S. were terrified that communism would ruin the American way of life). If you've ever studied anything to do with America in WWI or WWII, you'll know communism was a massive threat to Americans and they didn't want communism to be a thing in America at all. However, Operation Northwoods was (thankfully!) rejected by the Kennedy administration. I really recommend reading my post on JFK (linked this two times so that's how you know it's important), as Kennedy was against war with Cuba, and war in general. This document which was never signed by the Kennedy administration was released in 1997 by the JFK Assassination Records Review Board, who are in charge of releasing documents relating to Kennedy's assassination. What strikes me as odd about this is that the US government would have gladly endangered civillians for "the greater good" and makes me wonder if JFK's unwillingness to cooperate was reason for his assassination?

The next conspiracy that turned out to be true that I found so interesting is Operation Paperclip. This was a secret operation where former leaders and members of the Nazi party were recruited in post-war America to help America gain military advantage in the Cold War (against Russia) and the Space Race. Operation Paperclip was originally set up to shorten the Japanese war, but once that was done, the US focused on Russia. There isn't a lot to say about this operation, but this just shows how scared of communism the US were, and how much the US wanted to retain its position as a world power.

The final theory is COINTELPRO. This was a series of 'investigations' done by the FBI to discredit and disrupt organisations that the FBI didn't agree with, including the NAACP, anti-Vietnam war groups and feminist organisations, to name a few. The FBI would tap phones and bug hotel rooms to gain information on anyone it deemed to be "harmful". This is so interesting, albeit scary and disappointing, but there is so much information that I recommend reading up on. It's really hard to find information that doesn't have a massive degree of bias to it, but if anyone finds anything, please let me know!