BARRY M METEOR STORM - WORTH IT?

on March 16, 2018
I am the worst person ever when it comes to buying things - I overthink purchases and won't buy palettes unless I know I'll use them. For example, when I bought my Violet Voss Holy Grail (still my all-time fave palette), I researched it so much. I needed to know how many matte shades it had in it, what was the pigmentation like? Did it blend well? etc. etc.

I'm not spending my hard-earned cash on a product I won't use. But, I fell in love with this palette. Despite it not having a transition shade and not blending as well as other drugstore palettes, I still had to get it. And got it I did. 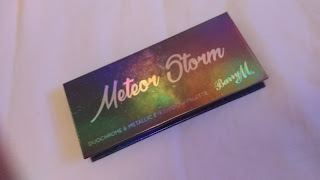 In terms of packaging, it actually looks pretty similar to the Violet Voss Holy Grail palette. It has the same holographic exterior. It's really simple but visually appealing and I like that. It also has the same opening as the HG palette, in that there is a magnet or something which shuts the lid. The cardboard feels flimsy and easily breakable, but I suppose that's what you expect from an £8.99 palette. 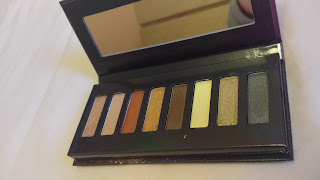 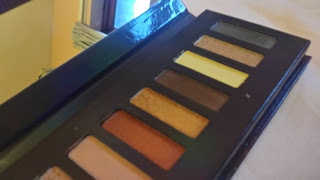 I am clearly incapable of taking a full photo showcasing all of the colours but the only shade that isn't showing is just a shimmery nude shadow. 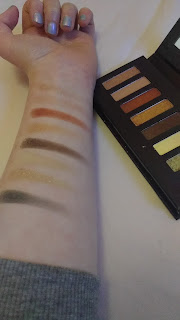 The swatches are really pretty, if I'm being fair. Some of them didn't look as similar as they did in the pan, which was disappointing, but some shades were just so pretty, I LOVE.

Overall, I'm undecided if this palette is worth it. I think it's pretty, but I also think the same colours exist in other palettes with better formulas. But, for £8.99, it won't break the bank.

What are your thoughts on this?