WHY I STARTED BLOGGING

on March 23, 2018
Today, I thought I'd do a post on why I started blogging. Funnily enough, I don't think it's really something I have ever posted on, but I have to say, blogging has became one of my favourite things to do. (Aside from watching the Kardashians). 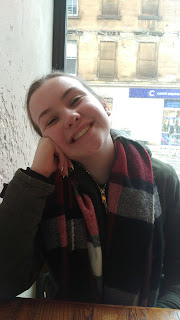 I started blogging because I have so much stuff to say that I don't always have the chance to say. I am either really quiet or really loud and hyper, and sometimes when I'm feeling really quiet, I don't want to talk to anyone.

You know those days where you just don't want to talk to anyone and be social? Before I started my blog, I was having one of those days. Except it went on for months. I would say that from about January to May last year was a really tough time for me, I mentally had so much going on, I had college work to do, I was applying for university at the same time, I had family problems to deal with, social issues going on in my friendship group, all while trying to deal with becoming a fully fledged adult.

If I'm completely honest, I don't think I ever thought for a second that I would keep it running for more than a few months. I've started other blogs in my past, I had one that I kept from when I was fourteen that was hard to read, as all the feelings from that time and place came rushing back to me. But here I am, over a year later, still typing away.

Thank you so much for reading and supporting me on this journey.