female empowerment in the media

on April 25, 2018
I've teamed up with Panasonic to discuss all things TV inspired by their beautifully sleek TV's with 4K OLED displays, and I decided to discuss female empowerment on film and TV. To find out more about Panasonic TVS, you can read more by clicking Panasonic Oled Televisions. 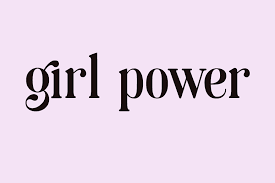 Something which I am all about is female empowerment, and seeing strong women on TV who aren't princesses and are used as characters in their own right, and not as companions to males, is what I love. My absolute favourite movie for female empowerment would be a toss-up between Kill Bill and Silence of the Lambs. If you've ever seen either of these films then you'll know exactly what - and who - I'm talking about.

In Kill Bill, The Bride (played by Uma Thurman) finds out she is pregnant and decides she wants to leave the Deadly Viper Assassination Squad for the sake of her child's safety, however her boss isn't happy with this decision, and tries to kill her at her wedding (which is why she's called The Bride). She wakes up from a coma and finds her baby dead, where she then decides to take revenge on all members of the Squad. It's not only her sheer determination that inspired me, though, she also is a strong character, she is complex and smart. She is never objectified for her looks and her looks don't define what type of character she plays. The whole storyline is implausible, but The Bride is arguably one of the most complex characters created in a Tarantino film. She wrestles with maternal guilt, she's independent, she is shown to be kind and compassionate while wanting to take revenge on those who harmed her and her unborn child. Kill Bill is one of the most extraordinary films I've ever seen, and it's a film that makes you think; we're wowed by how brave and independent The Bride, and really set up a discussion about the prevalence of strong, female characters.

I mentioned Silence of the Lambs, and I think Clarice Starling is the epitome of female empowerment. She spoke to the notorious serial killer and cannibal, Hannibal Lecter, and solved a string of murders committed by Buffalo Bill, all while training to work in the FBI!!!! I love Silence of the Lambs (admittedly, I was too scared to sleep after watching it) but I'd never seen a film where a female character had been portrayed how Clarice had been. There was no love interest used (in fact, she was super close to her best friend, which is #girlpower right there). She is so smart - I will never fully get over the fact that she was chosen to help solve a murder while she was a student! I mean, she was training to work for the FBI, so that shows how clever she is, but she was also hand-picked as a result of her aptitude at profiling. Also, the fact that she was so clever was what helped her gain Hannibal Lecter's help with the case. I also think the film accurately portrayed how difficult it is to get ahead in a male-dominated industry, Clarice is constantly barraged by people saying "she's just a woman", in fact, there is a scene in the film where the forensic scientist doesn't want "the woman" to see a dead body, and another scene where a man continually makes (unwanted) sexual advances towards her. I am so happy that campaigns such as #metoo have shown people that sexism isn't okay - and I feel so lucky to know that when I start working full-time, things won't be like they were for my grandparents when I'm working.

What's your favourite film that makes you feel empowered?

*This post is sponsored, but all opinions mentioned are my own!*
lifestyle