Day One in Berlin

on June 11, 2018
I recently spent three days in Berlin and I absolutely loved it! Unfortunately, I never got to do all of the things I wanted to do (such as all the museums on Museum Island and we didn't see too much of West Berlin) but I think we packed so much into three days! It was an amazing trip and I'd definitely recommend it to anyone who is interested in history. I've decided to split my posts up because there is so much we dne, and I thought this way would make it easier to read!

We arrived on Monday 4th June and our flight had been delayed by two hours (which sent the planner in me into an absolute meltdown) and we headed to our hotel in Schonenfeld. What amazed me was how easy it was to get about if you had done some prior research on what station and train to get off at. We quickly got changed to go to the TV tower that night and headed to Alexanderplatz! 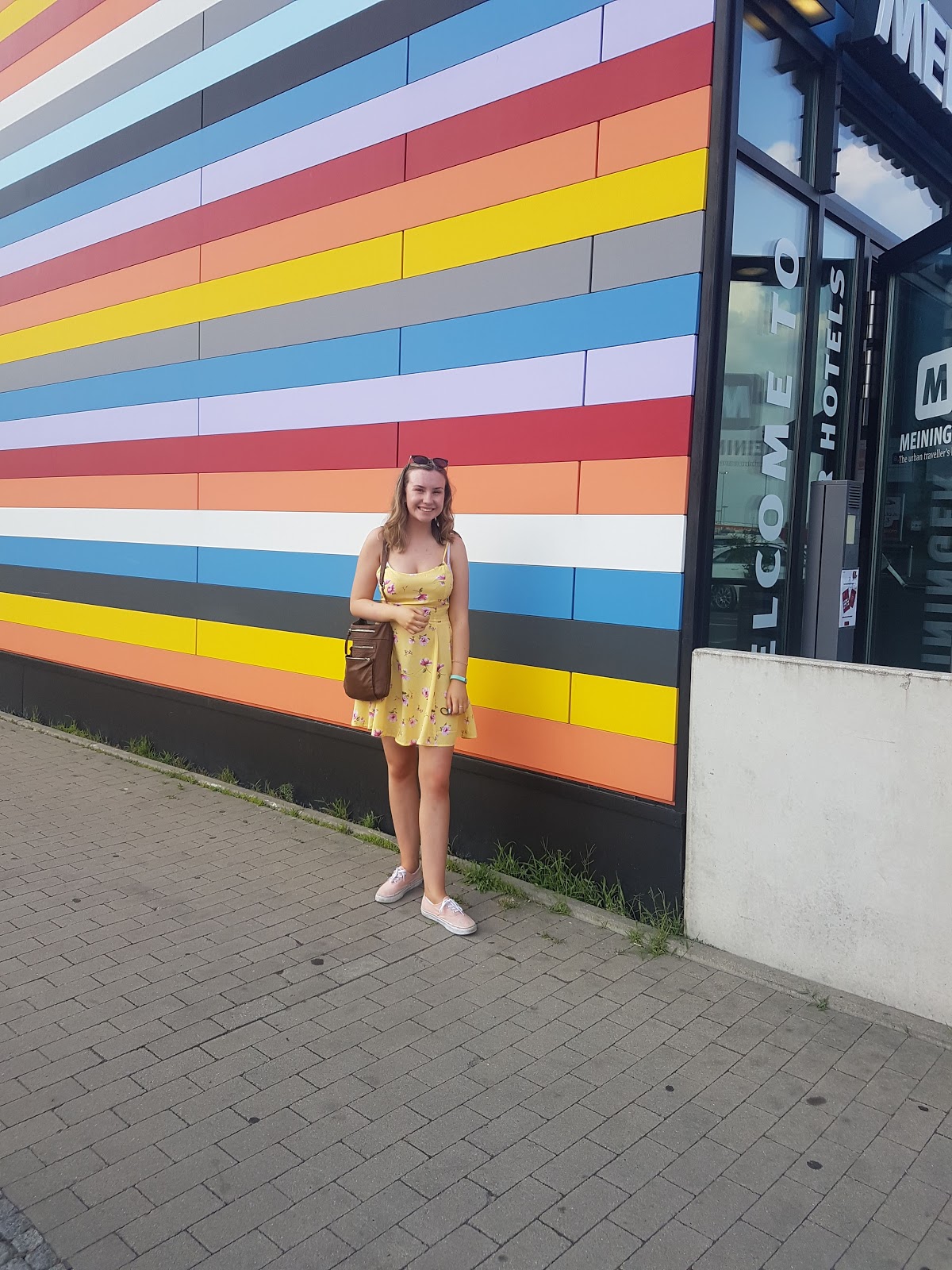 I'm standing outside the rainbow wall at our hotel wearing this dress in yellow. If you want to see more pictures of yours truly, my Instagram is @ashleighannerose_. 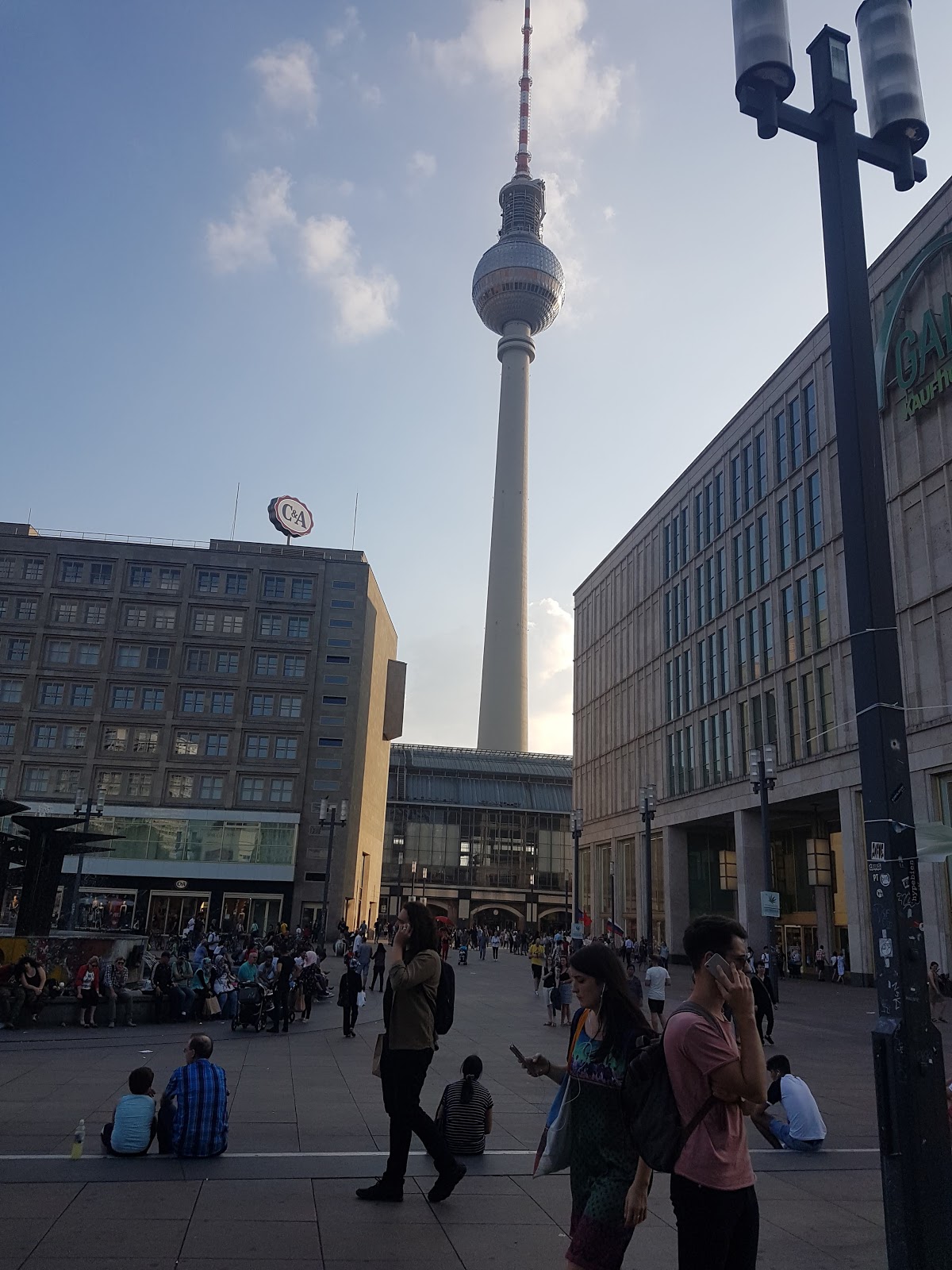 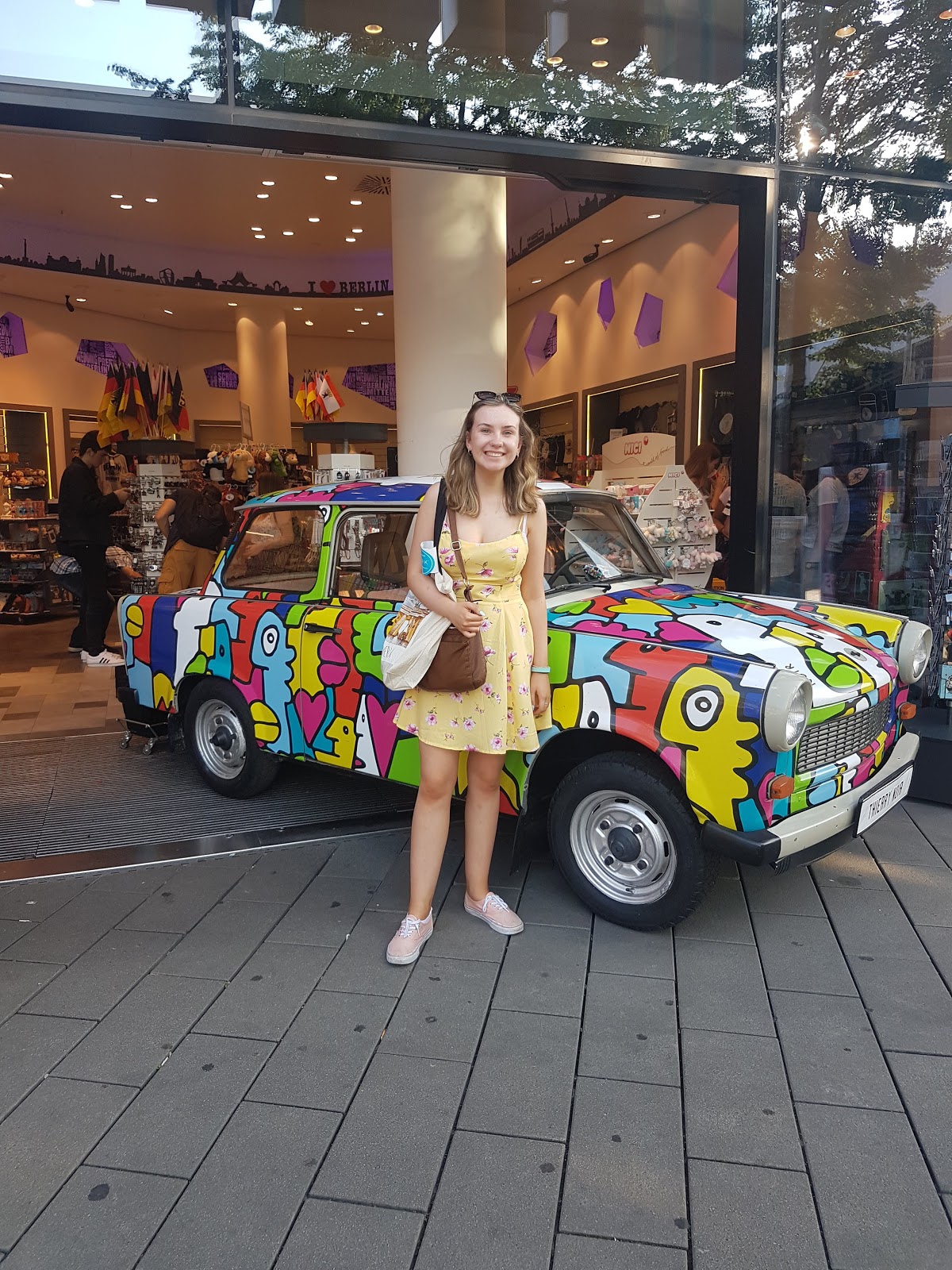 This is called a Trabant and was the only car allowed in East Germany. 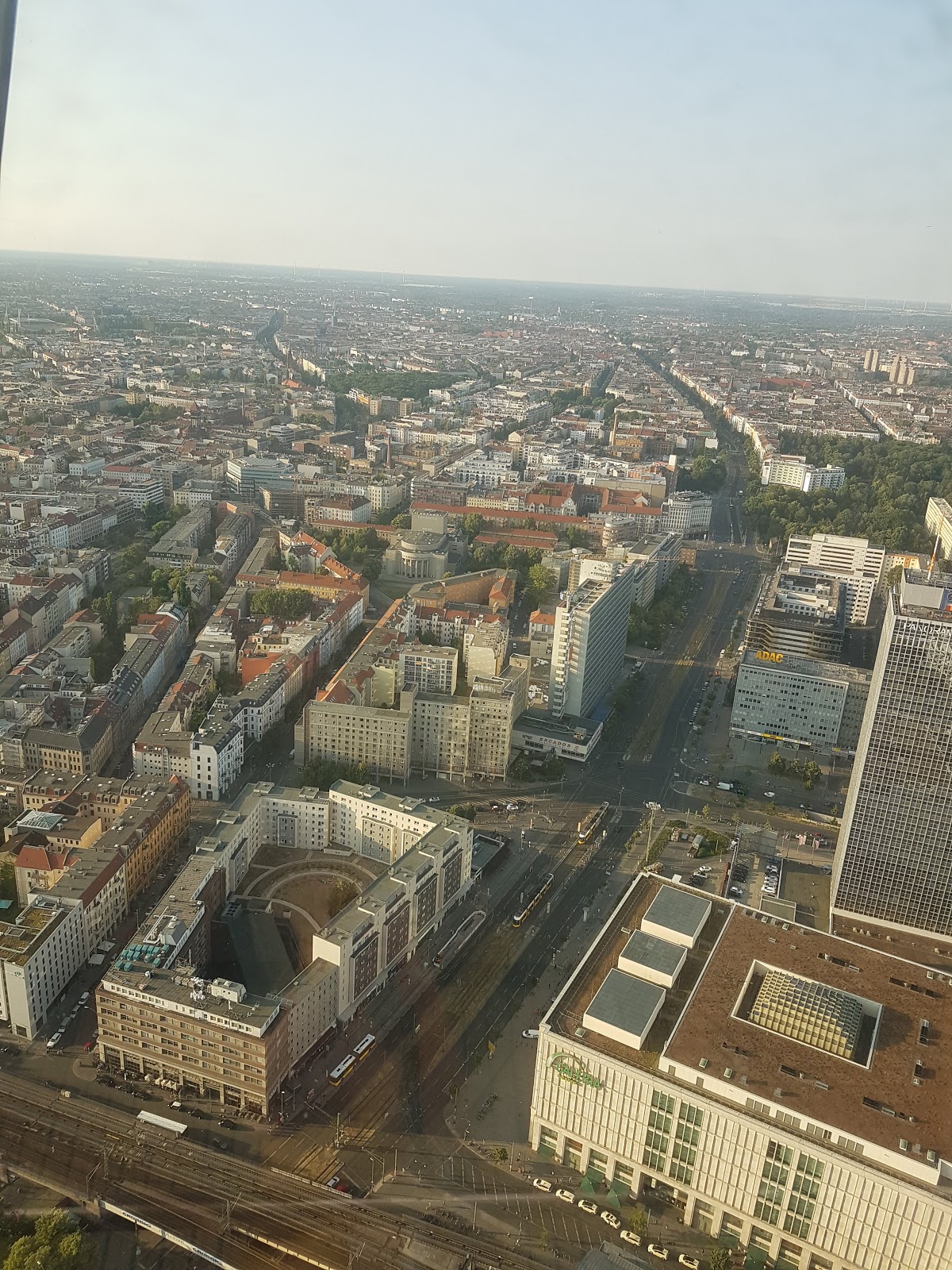 This is the view from the TV tower (you can read more about the TV tower here). This view is absolutely breathtaking and I love how geometric everything looks! 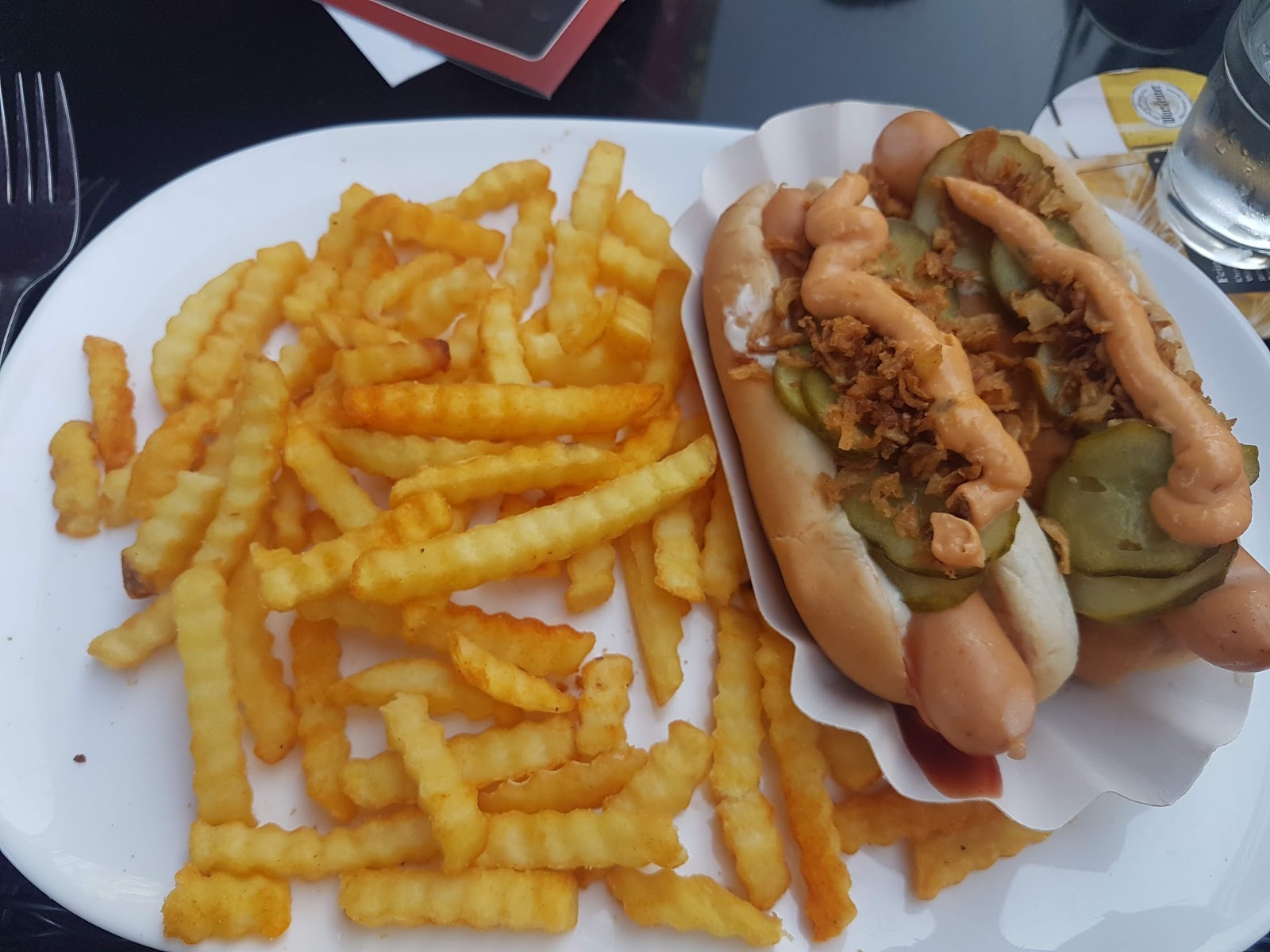 We went for dinner in Alexanderplatz and I had a Berlin hotdog and chips. We had barely ate all day (apart from a Wetherspoons in the airport and a Boots meal deal on the plane) so we were all starving. 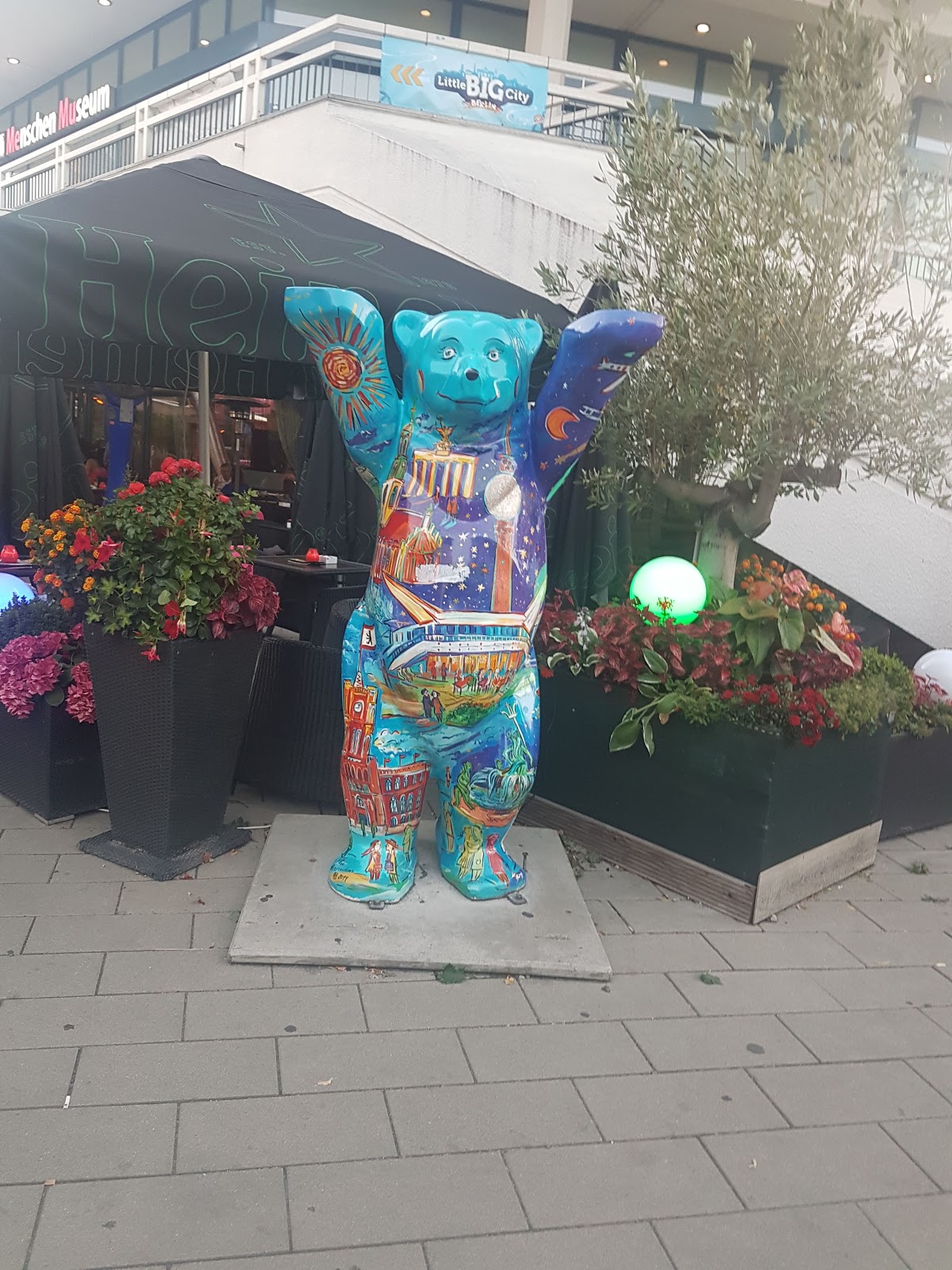 The bears are the national animal of Berlin and I loved seeing them all over the city! Below there is a picture of me cuddling a bear, and I done this because my dad had took the exact same picture of himself two years ago! Like father, like daughter. 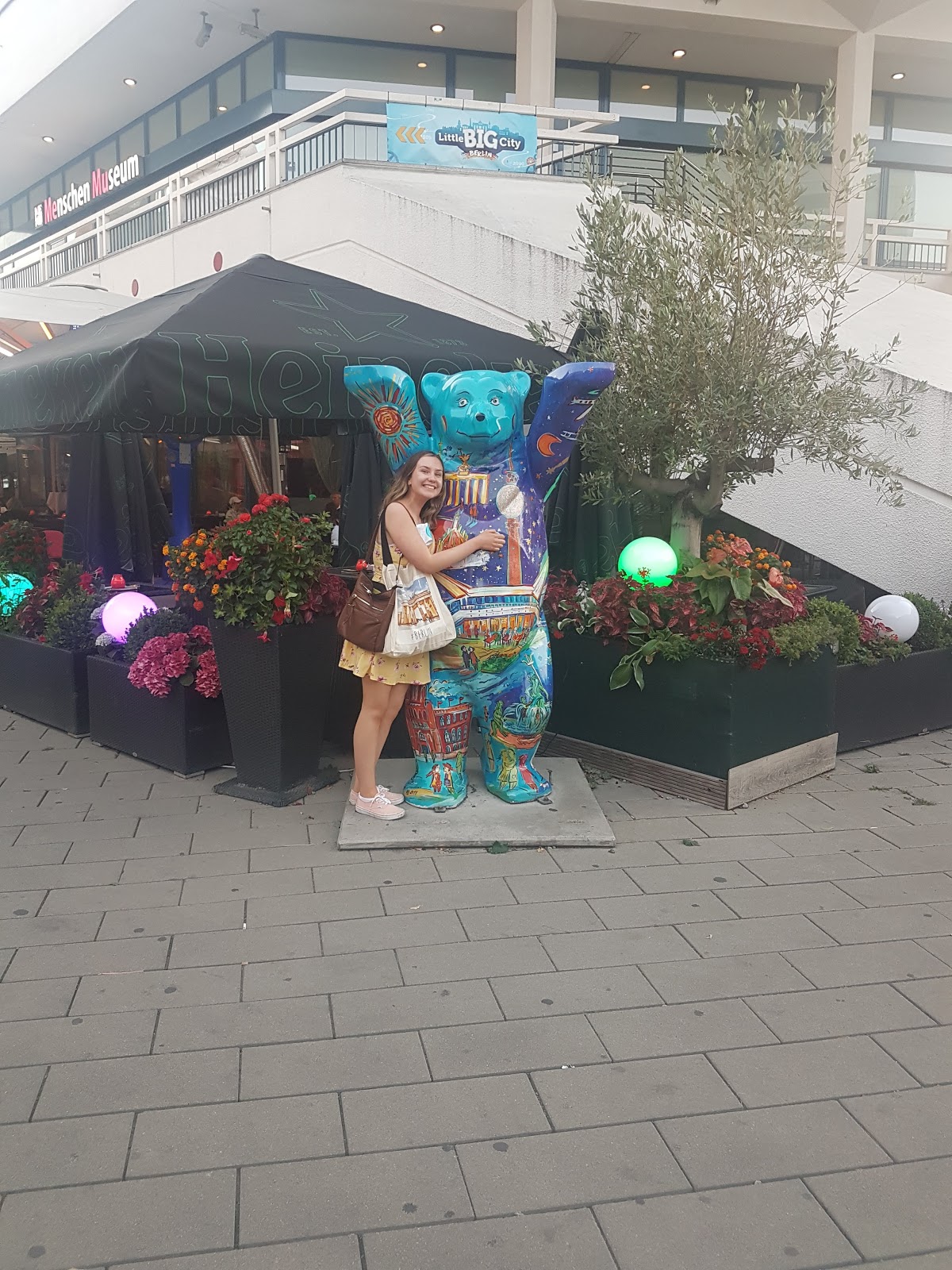 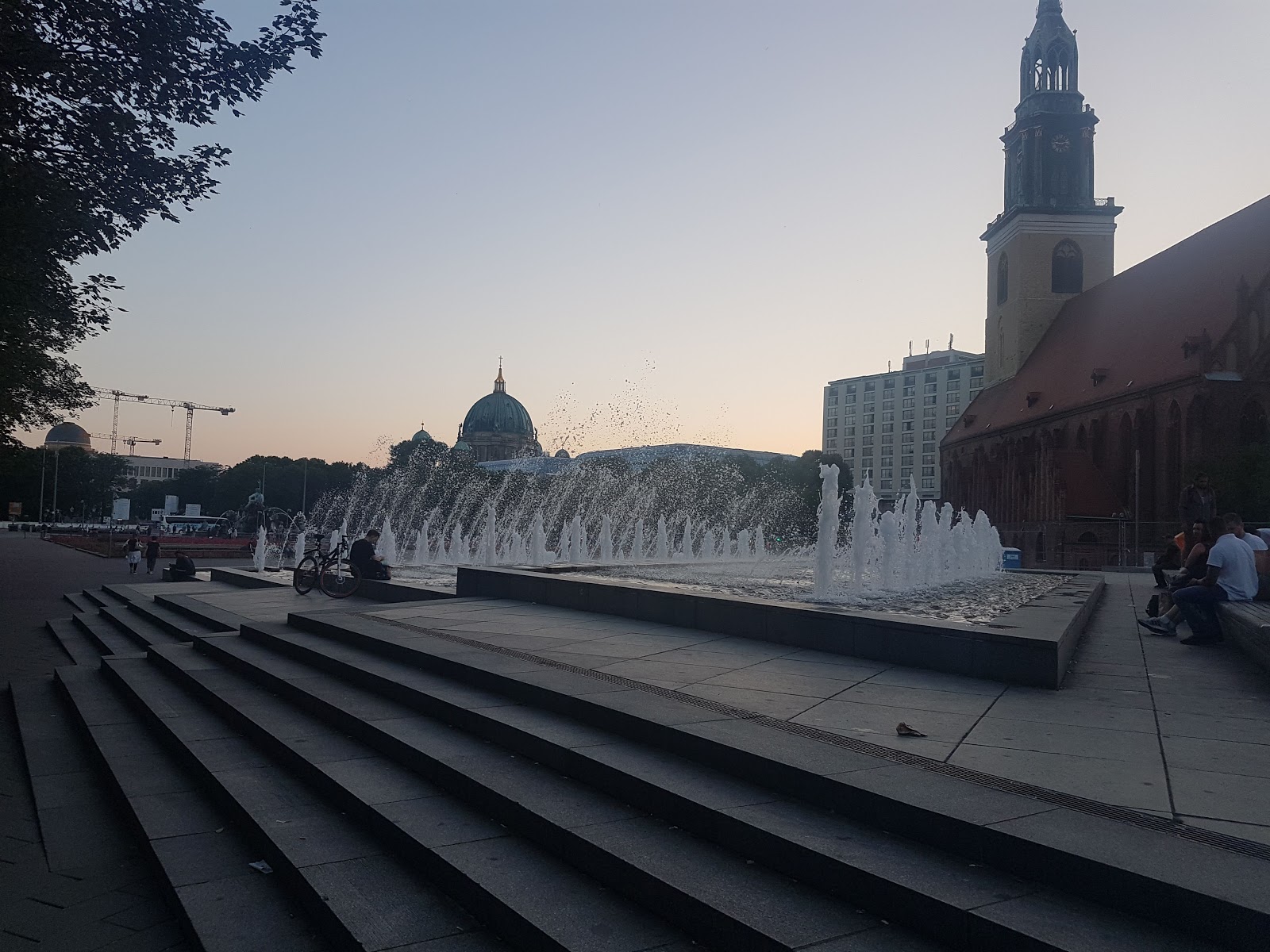 You can kind of see the Neptbrunnen fountain in the background, and the four women represent the four rivers of Prussia. 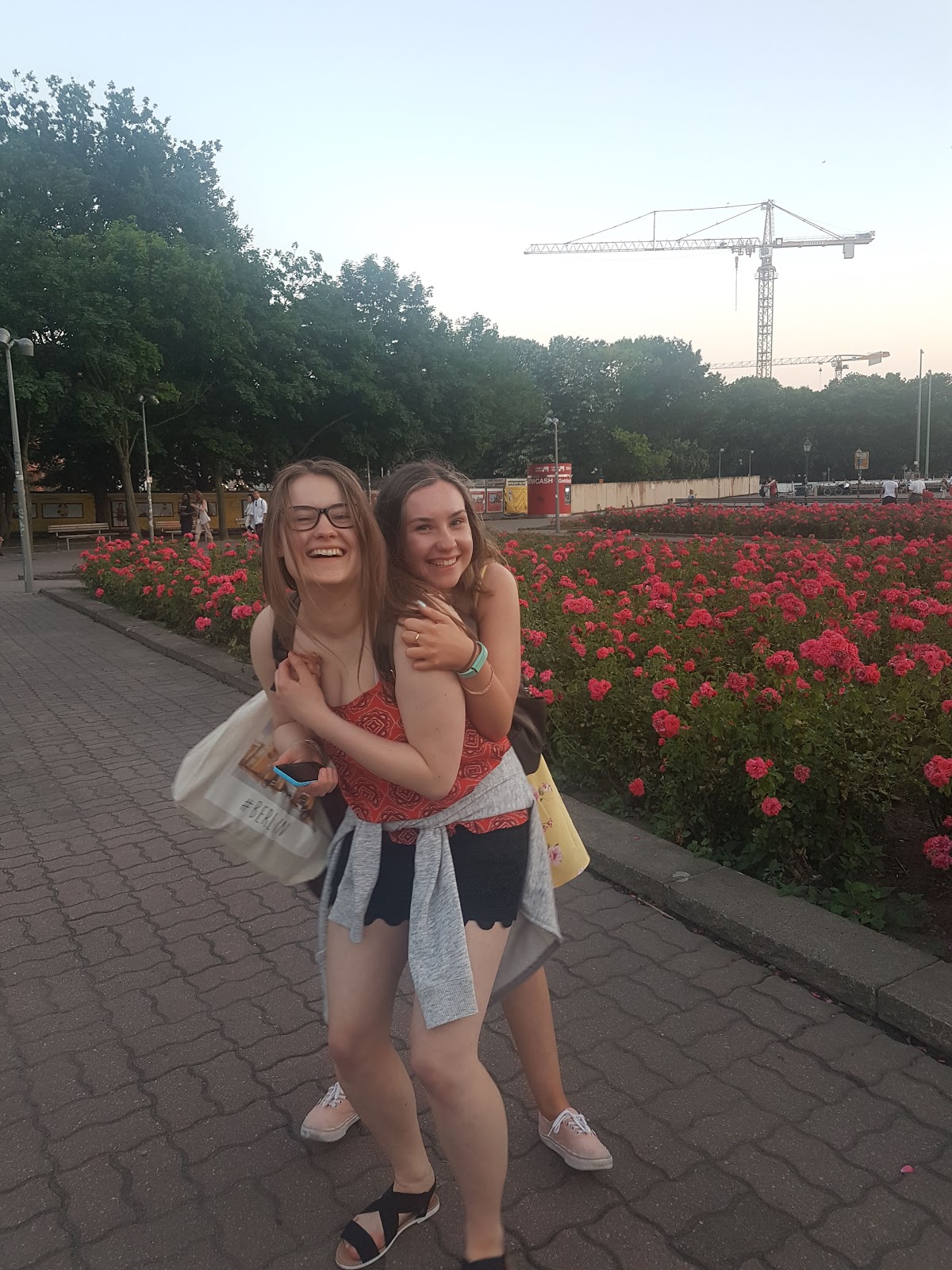 ♡ We thought the flowers were cute but I thought we looked cuter. ♡ 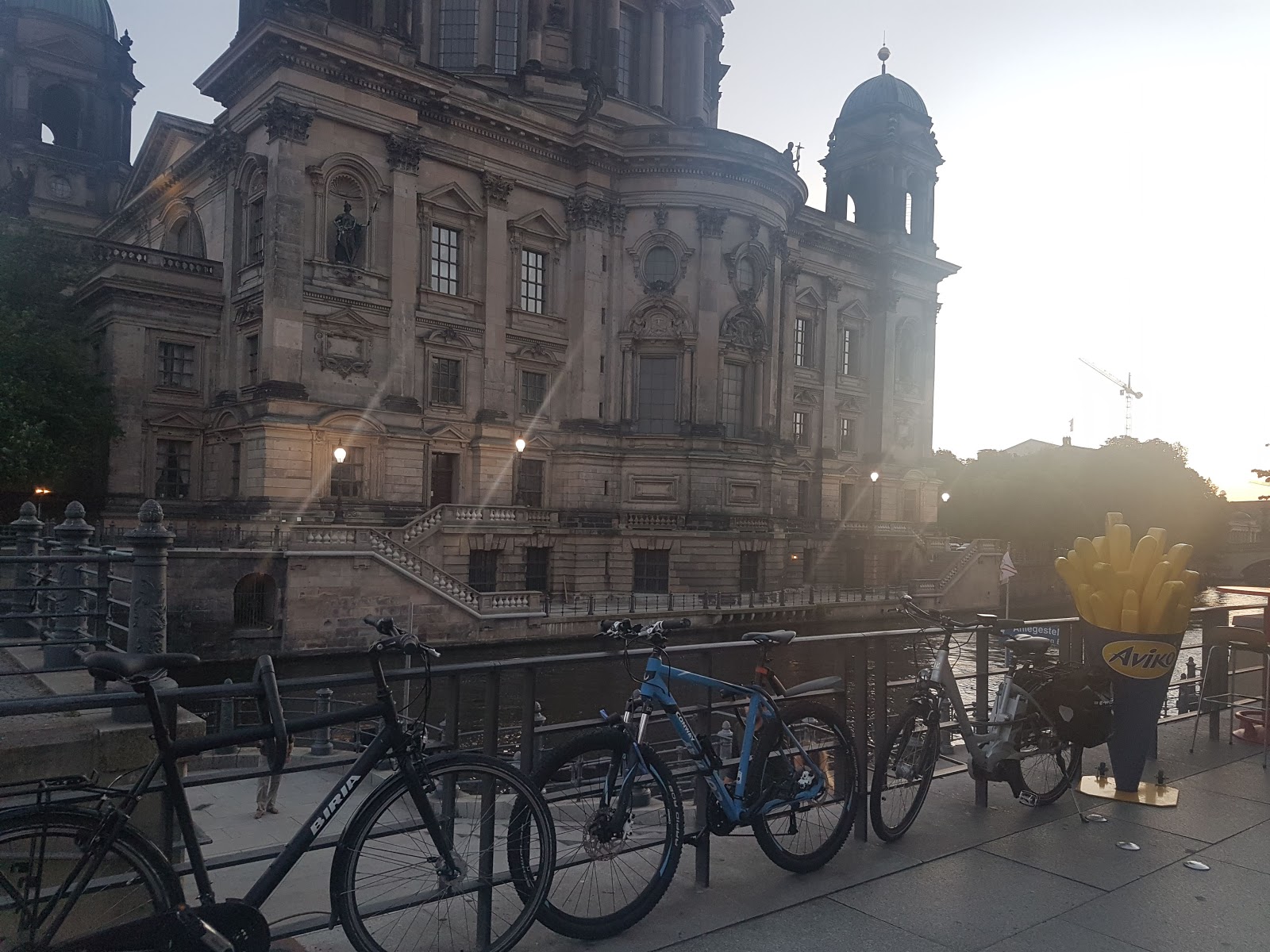 We then walked to the banks of the Spree next to the DDR Museum and Museum Island - the sun was setting and it looked beautiful. 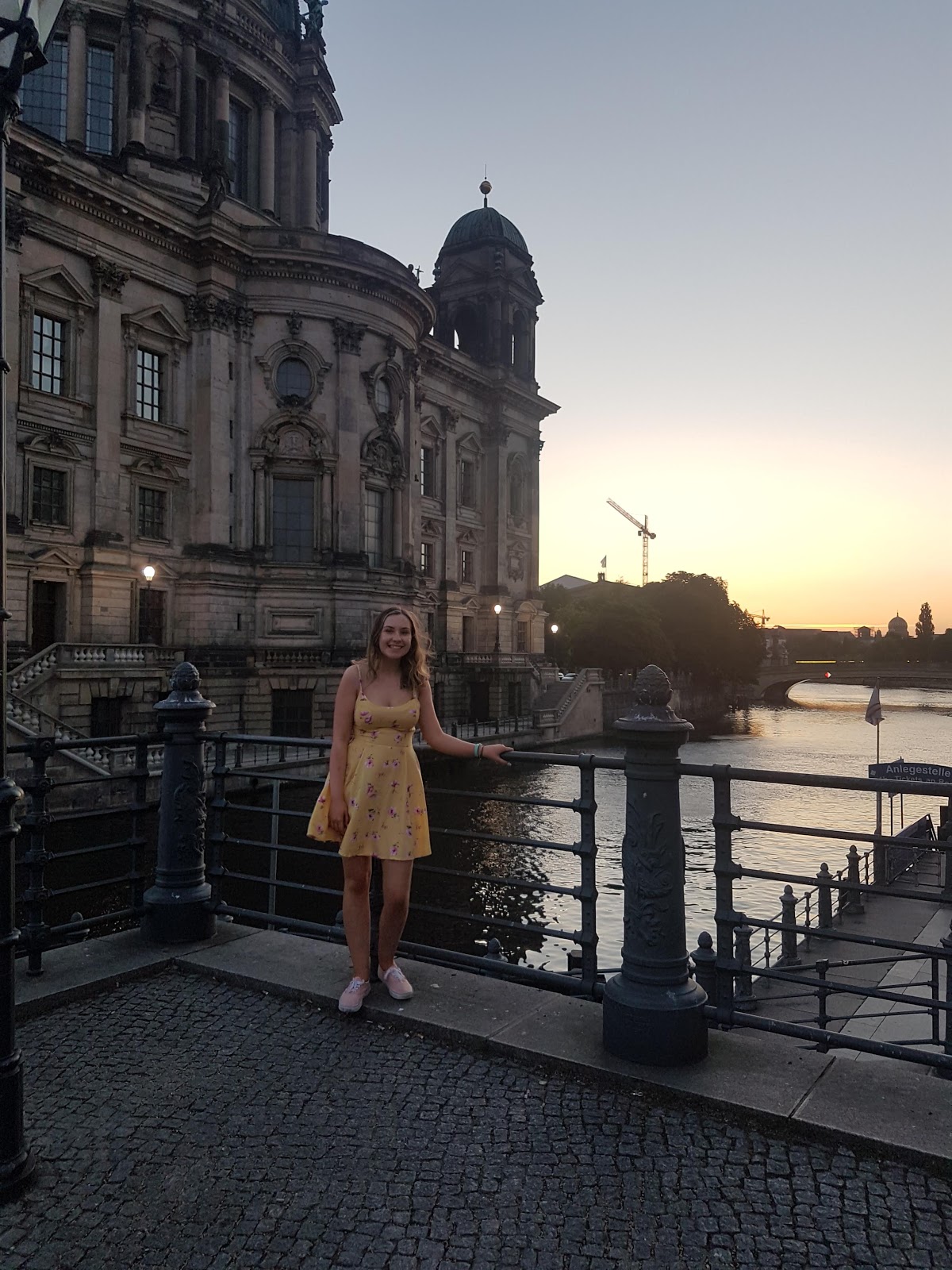 Of course I had to get a photo with the sunset! 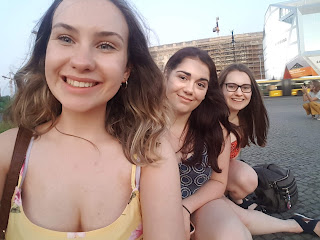 We took a selfie next to the Berlin Cathedral - it was so pretty here! 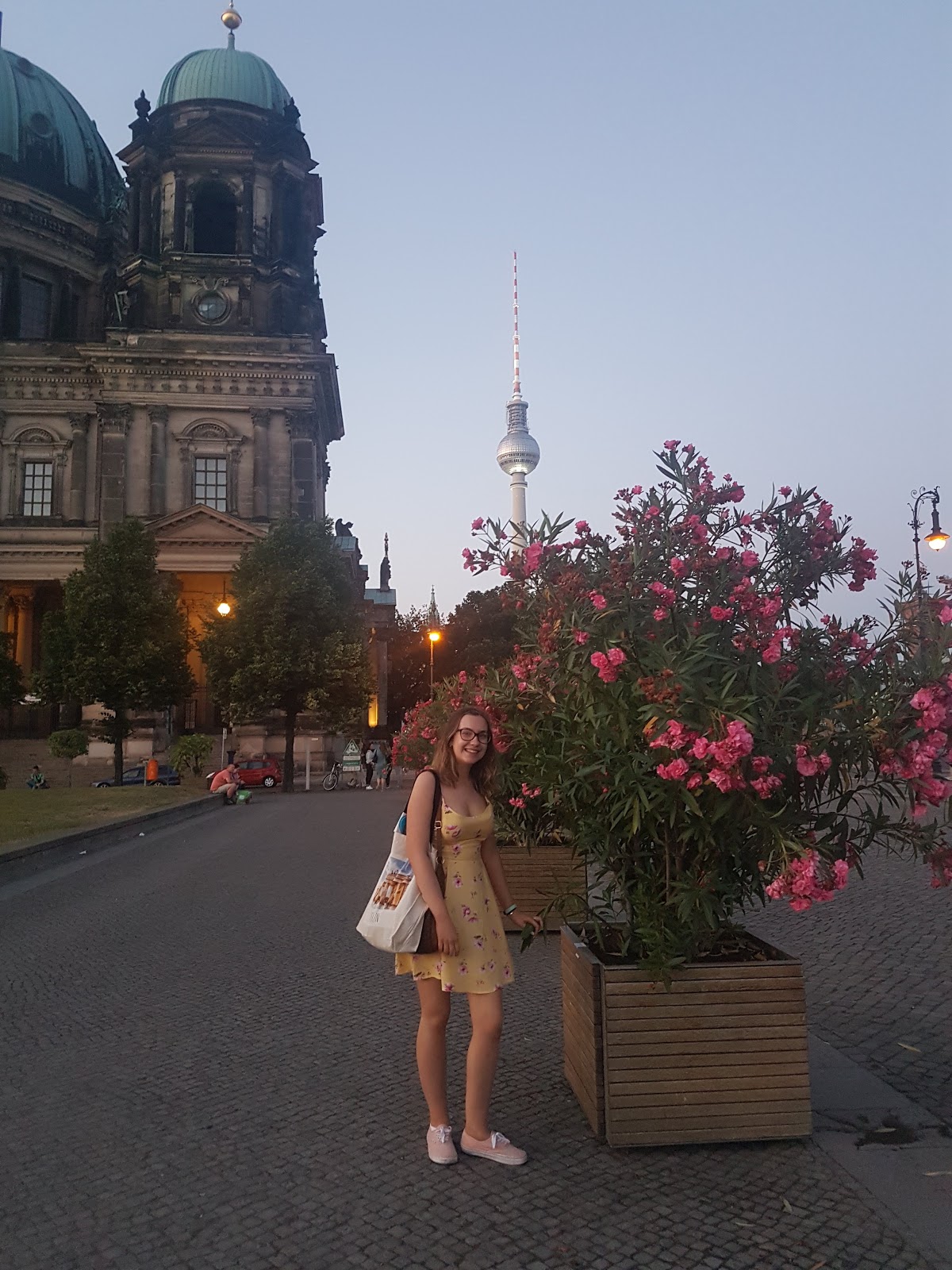 There was flowers in flower boxes and people playing the violin here - it was magical. 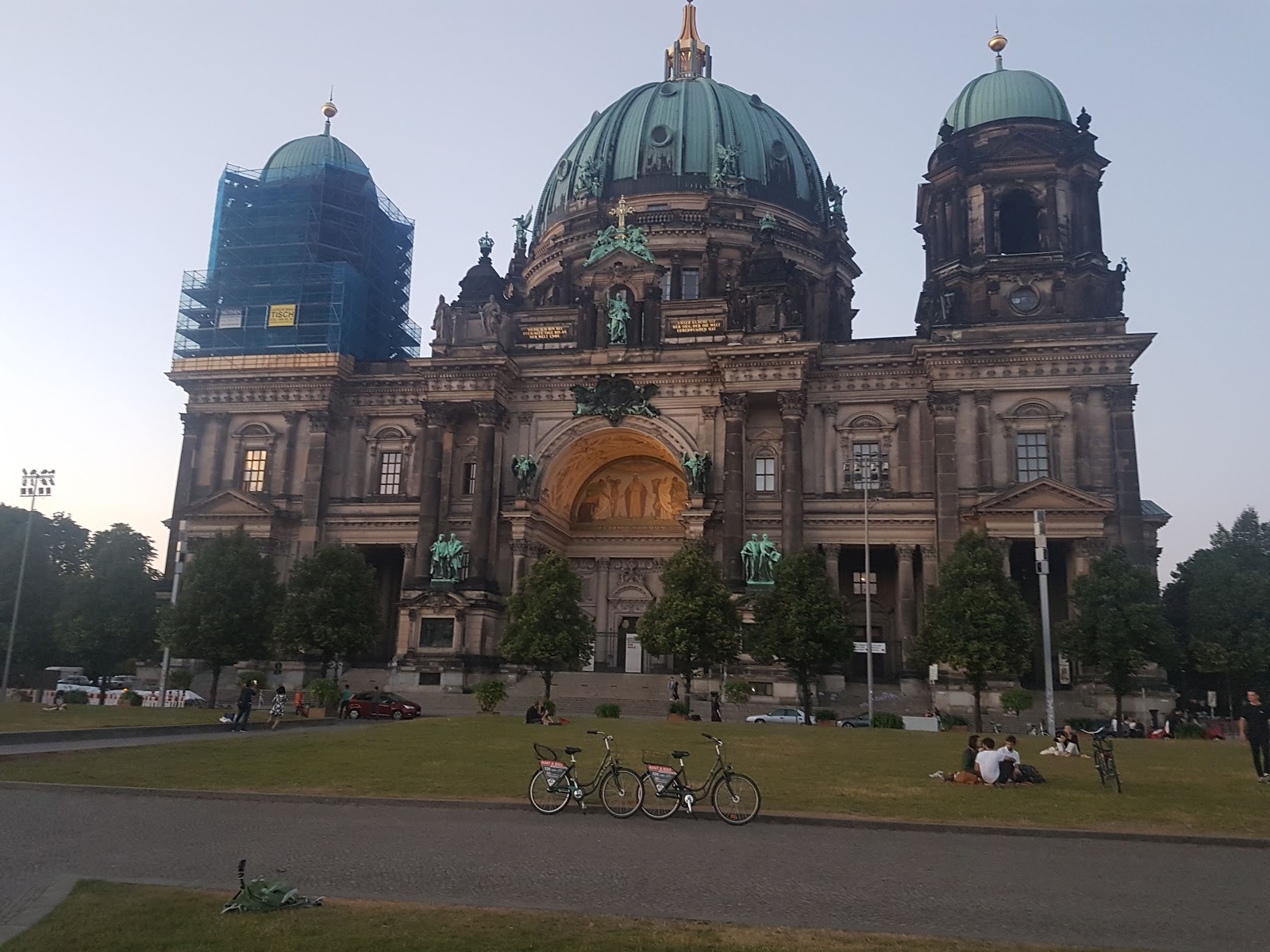 The cathedral is so pretty!

Then, we also went to the Marx-Engels Forum and went to the reconstruction of the Berlin Palace (but it was dark so there's no point in showing my pictures).

I hope you enjoyed my day one of Berlin! Thanks for reading!