on February 08, 2019
We are now a few days into February - so too late for a "monthly round-up post" - but that is exactly what this shall be. January is arguably one of the longest, most horrible months of the year. You're skint, put on a few pounds from Christmas and - dare I say it? - it's just a rubbish month. 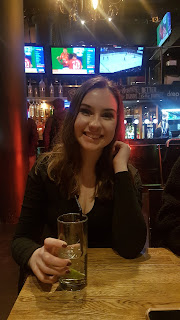 My financial situation was not helped at all when I decided to buy plane tickets to Amsterdam - in all fairness, I had decided with my friend that I was going with her - but me and my other friend got drunk and decided to go to London at the start of this month (not that I'm complaining at all, I love London, but my point is that I spontaneously decide to do things without thinking of where the money is going to come from). Nevertheless, I'm so excited to go to London and Amsterdam, and I wanted to travel more this year, so all's well that ends well. 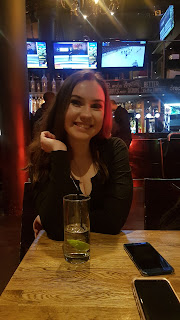 I also started back at university for my second semester of second year. It's terrifying to me that I'm halfway through my degree, but also I feel like it can't come quick enough. I done a post here all about failing an exam - which was something I thought twice about sharing on my blog, but also, I want to be more open about my life, and thought this was the best way to be. Just say whatever you feel and hope someone understands: a foolproof plan.

I had my first weekend off work since July - and it was amazing. I planned to spend at least a portion of my weekend doing uni work, but that never happened. I spent the weekend with my family and I have no regrets - I watched Into the Woods with my sisters (such a good film) and then walked Max in Loch Lomond, and it was so lovely.

January is always a quiet month, but this January just felt like it dragged on. With that being said, I did have a really lovely month, though. I'm looking forward to February! How was your January?