(the real) thank u, next

on February 15, 2019
Look at me, oversharing.
In 2018, I had a bit of a rubbish six-months-give-or-take when it came to love and relationships. I seriously dated two people (i.e. went on more than two dates with them both) and both ended (I wouldn't say badly, I'm still friendly with one and the other I wish him all the best, but thank u, next). 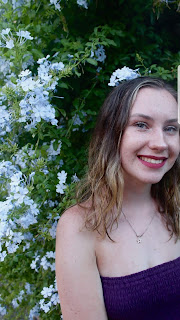 After that, I sort of spiralled. When something ends, it's only natural to feel like there's something wrong with you otherwise things wouldn't have ended. I felt like this for a while until I realised that there is't anything wrong with me.

One of them, I felt like I was too needy with. When we were dating, my anxiety was probably at its worst - I've expounded on this in another post and how he never understood it, and of course this was what ruined things. I mean, we can dress it up however we want, but I'm 99% certain that if I wasn't as anxious during our relationship, things wouldn't have ended as abruptly as they did.

This itself was a hard one to come to terms with - my anxiety does not make me any more unlovable or "hard to deal with". Repeat after me: I deserve someone who understands that sometimes I get stressed and worried over little things, and that person should never make me feel like less of a person for that.

The other was a strange one. He had his own things to deal with - things I knew that I would be no help in dealing with - and he just refused to commit. I remember when we stopped dating, thinking it was my fault that he couldn't commit, that maybe if I tried harder I could have changed him, and naively believed that I could have shown him what a good girlfriend was, until I realised that was so far from the case. If someone doesn't want to commit to you, you can't change that. I could have tried and tried all I liked to be "the perfect girlfriend" - but surely if someone can't see how great you are then they're not worth it.

My point is that I spent so long believing there was a problem with me - when there wasn't. I will never be too anxious for the person I'm meant to spend the rest of my life with, and if someone truly loves you, they won't have a problem committing to you.

All this inevitably led me to the conclusion that there is nothing wrong with me at all - but it has made me realise what I need and deserve in a potential partner.