on June 18, 2019
A month before my birthday last year, I broke up with my ex-boyfriend. It's something I've never really felt the need to share on my blog because I'm quite good at masking my emotions, and I believed if I pretended I wasn't hurting, then I wouldn't hurt. *Of course, internalising the problem will never help and it all (inevitably) erupted months later on a train home from Edinburgh where I was convinced no one would ever love me again. 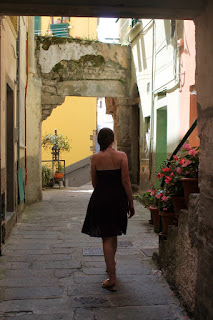 I'm not going to go into why we broke up, because it is no one's business but mine and the other party. This was both of our first relationships, and we naively thought we'd be together forever. Of course, that's generally not what happens, and it's pretty common to rush into things with your first significant other.

When we broke up, I convinced myself that I was okay, and that I didn't actually hurt that much, but I was lying to myself. I was heartbroken, this was someone that I planned on spending the rest of my life with and we had just...broken up? I was the one who ended things with him, and so I convinced myself that I shouldn't hurt this much. But I did. I felt like I had ruined my shot at "happy ever after", that he was the only person who would love me and now I was going to spend my life alone. Every. single. thing. reminded me of him - I couldn't walk past the restaurant where we went on our first date without feeling sad, I couldn't listen to my favourite songs without getting sad and if I seen a car that looks like his, you guessed it!, I got sad.

I jumped into dating really quickly - I was dating a guy two months after we broke up - and pinned all of my fears onto this guy. I am embarrassed that I went on a date so soon into clearly not being okay, and I must've appeared pretty intense. I enjoy being in a relationship - there is a big difference between this and needing to be with someone in order to feel happy - and I think because I naturally love so deeply, that I like having someone I can love and care for. I mean, this can be any relationship, but I have a big heart and just want to share that with people. I dated on and off  from August until December- still harbouring this guilt I felt for breaking up with him and pretending I wasn't hurting - until on the train from Edinburgh where I just broke down. I went on a horrible date the week before that ended terribly and put me off dating entirely. And I spiralled that week. I honestly believed that I was "unlovable", "damaged goods", "no-one would ever want to be with someone like me" etc. etc., until I finally realised that break-ups are normal. No-one ever wants to break up with anyone, but break-ups do happen to people. I have met so many people in my life that are lovely people, who have broken up with someone or been broken up with, who are now happy which made me realise that it gets better. It took me six months to fully get over him, and realise that I am allowed to feel upset no matter who broke up with who. There suddenly came a day where I can listen to my favourite songs, I can walk past where we had our first date and I could see cars that looked like his without getting sad, and it is a beautiful feeling to know that no one has that power over you at that moment. No one could make me sad if I didn't let them, and that ladies and gents, is a lovely feeling.

My whole story isn't the best - I do not recommend going on dates as a good coping mechanism for getting over a breakup, but it did give me a bit of confidence that was much needed. I'm now in a new relationship - we met just as I fully got over my ex and it was just perfect timing. I'm not using this as a way to say "one is better than the other", just that fate exists and people drop in your life at the right time. There's an article about getting over an ex which I found helped me so much, and these tried and tested tips gave me a bit of hope that there is light at the end of the tunnel. It always gets better, even when things look at their worst.
lifestyle