confessions of an overachiever

on June 04, 2019
I am a self-diagnosed overachiever. Ever since I was a little girl, I've always had this desire to be the best at everything I tried. But, I soon realised that I'm not brilliant at some things, I'm not musically or artistically talented so I turned my over-achieving nature to academia (which is an area that I'm actually okay at). 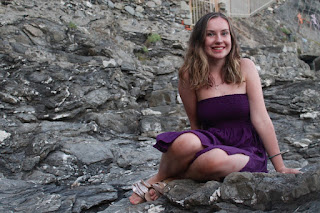 You know how people are usually described as book-smart or life-smart? I'm characteristically what you would call "book-smart" - when most of my friends dread writing essays, I actually enjoy it, I like looking up academic journals (for the most part) and I'm one of those people who starts revising for exams months in advance because I want to. But, a lot of people don't realise that these sorts of behaviours come from a very anxious place. And so, it's kind of infuriating to me when people fob off my hard work as "just the way she's wired". Because, if I could change things so I wasn't wired in such a way that doesn't permanently stress me out, I would.

When I first got into my uni, I was so happy. I rejected a place from a "better" university to go to mine, as the university I go to is one of the best universities for marketing in the UK. And I suppose part of my anxiety comes from that: I wanted to go to my uni so badly that I felt like I was an imposter for being there; that I wasn't smart enough to study somewhere like that.

I was terrified to fail - my parents would be so upset if I dropped out (something which I thought about a lot in my first year), I wouldn't graduate and I would have failed myself. Unfortunately, all this worrying made my first year of uni a very difficult time for me. I isolated myself from a lot of people on my course, and I'm still feeling the repercussions almost two years later. I felt like no one really understood what I was going through, I felt stupid for being so anxious about uni and I was jealous of people who'd walk out of exams feeling carefree and relieved that they were done, when I was a complete nervous wreck thinking I failed. (Funnily enough, the one time I didn't think I failed an exam after leaving was when I did fail something). And now, I feel like everyone has high expectations of me because of my overachieving nature, which this in turn stresses me out more. I'm scared to fail because somehow I've convinced myself that failing says something about me as a person.