roaming in rome: day one

Day 1 in Rome! We got the train from Milan to Rome - which took about four hours! (The time it takes getting the fast train from Glasgow to London). I can't remember exactly what time we got in at, but it must have been early afternoon.

We walked to our hotel from the train station, and we stayed at the King Hotel which was at the top
of the Spanish Steps and near the Trevi Fountain, the Pantheon and Villa Borghese.


After we unpacked, we went to a place called Osteria Barberini which was around the corner from our hotel. I had a lasagne with pesto. (It was great). 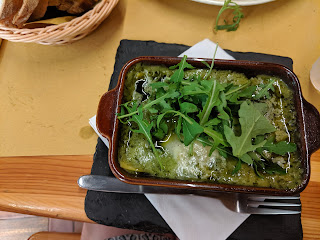 Then, we went to a cafe near the Trevi Fountain where my mum, stepdad and sisters all surprised me for my birthday! I had no clue whatsoever they were coming so it was lovely to see them! 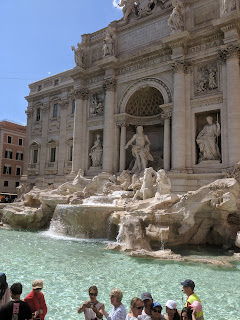 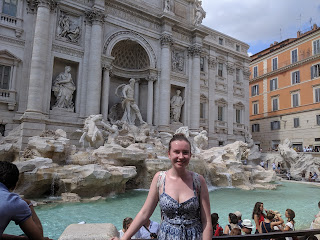 We walked to the Pantheon after - and the dome here is the largest, unreinforced dome in the world. 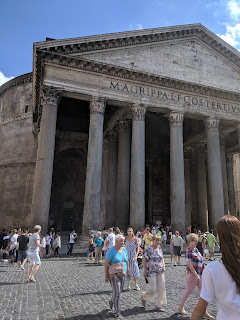 There's a big hole in the inside of the Pantheon, called the 'oculus', which is 27 feet wide and is the only source of natural light in the Pantheon. The oculus, which is Latin for eye, has been said to represent a sundial. 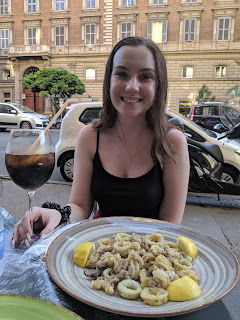 Next we went to Ottoviano to go to the Sistine Chapel and went for dinner on the street next to the chapel. I had calamari for dinner and a glass of Coke that was as big as my head.

Sistine Chapel! You weren't able to take pictures in the actual hall, but I never took many pictures regardless. It was just so beautiful and I would highly recommend a trip to the Sistine Chapel if you're ever in Rome! 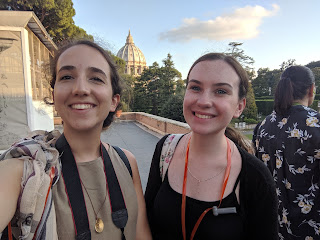 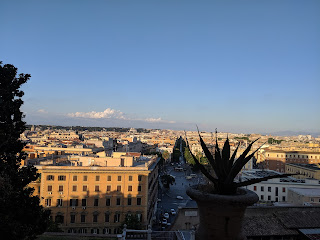 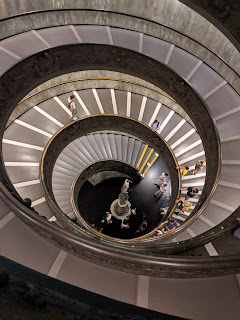 After seeing the Sistine Chapel, we went to the Trevi Fountain for cocktails. The cocktails weren't fantastic, but it was more for the experience of having cocktails at the Trevi fountain! 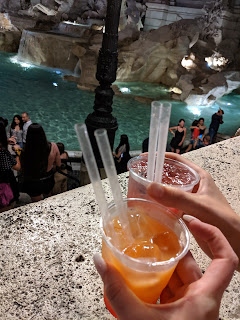 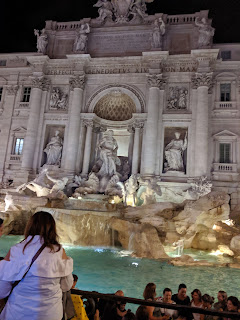 Day 2 will be coming soon :) thanks for reading!!