I have been really busy with uni recently, between stressing about getting into my honours year, writing a blog for marketing (which you can find here) and completing an internship, I feel like I've not had much time to do anything that's not related to my degree. So that's my excuse for being so inconsistent with my blog.

I'm sure I mentioned in another blog post that my boyfriend moved back down to York, where he's from. We're seeing each other in a weeks time (!!!!) but for most of September, I  found it extremely hard to deal with and cried a lot, but October has been easier. I booked tickets to go and see him in December for New Years, but because of the way my holidays work from work, I won't get to see him for our one-year anniversary, which is rubbish but c'est la vie. 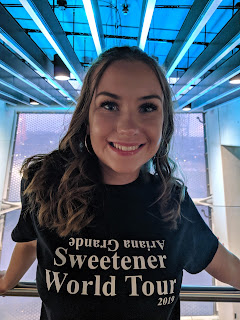 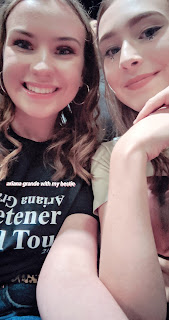 I went to see Ariana Grande in Glasgow on the 17th September, which was an amazing night and I feel so lucky to have finally seen her live. I went to see her with my mum and sister, and it was lovely to do things with just my mum and Emily. I have two younger sisters that never came, and as much as I love them more than anything, Emily is 15 and I really enjoy spending quality sister time with her. 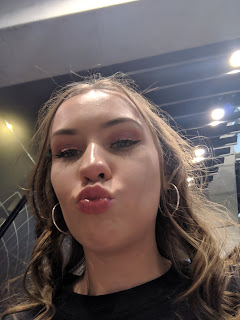 It was my little cousins 9th birthday at the start of September, and then her sisters 5th birthday in October, so it was so nice to spend time with them. I love my family so much and spending whatever time I can with them is so important to me, especially as I don't always have a lot of time to see them as often as I would like. On that note, I went for dinner with my grandparents and my grans sister, and it was lovely to see them and spend time with them. I see my grandparents as often as I can. 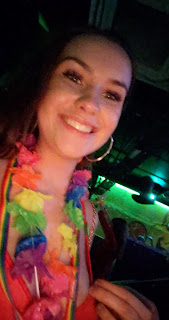 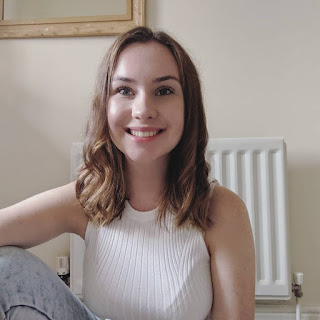 I had an unofficial works night out after I went to see Ariana Grande, which was lovely to catch up with all of my work friends outside of work (and get very drunk in the process). I also got my hair cut to my collarbone. It wasn't a lot of length taken off, but I have a love/hate relationship with my hair at the best of times, so it was a bit of a change. 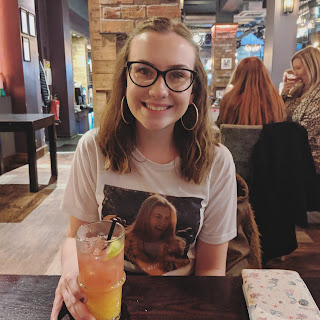 In October (even though we're just halfway through the month) I met up with one of my friends for dinner and cocktails. We also bumped into one of my other friends, so we all went out and it was so nice! I started writing my digital marketing blog, so I have been to a few nice cafes in Glasgow. 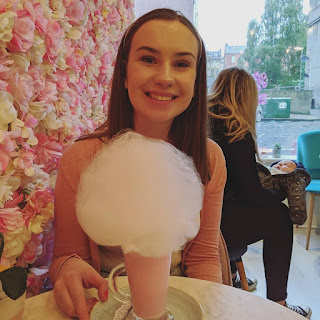 Apart from that, my life so far has been quiet! As I've said, I've just been doing uni work whenever I can - it;s almost that time where I am so stressed due to constant deadlines *heart eyes*.
lifestyle personal